Business Council
for Cooperation
with India 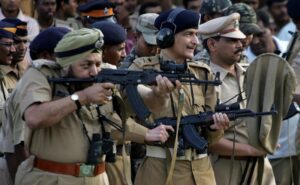 Russia and India have agreed to supply 70 thousand Kalashnikov assault rifles. This was announced by the general director of Rosoboronexport, Alexander Mikheev. The contract was signed for the supply of AK-103 assault rifles.
The amount of the contract was not disclosed. The Kalashnikov Concern promises to start manufacturing and supplying automatic weapons “in a matter of months”.

AK-103 is a Kalashnikov assault rifle with 7.62 x 39 mm cartridges. It was created for units of the ground forces, and is also used by personnel of special forces of the armed forces and security.

Business Council for Cooperation with India

© 2014 - — Business Council for Cooperation with India